BABA Bar is a destination cocktail bar within The Principal Edinburgh Charlotte Square hotel, adjacent to the BABA restaurant. A specially-commissioned mural of the ‘host’, Mr Baba, provides the backdrop to the bar counter, whilst the interiors concept includes a mix of new and refurbished items to suggest a previous life, from the re-finished, dark-stained, timber bar front and re-used zinc bar top to the new mesh and scaffolding gantry above the bar counter, plus a new, poured concrete floor, decorated with a stencilled repeat motif.

The property had long been a hotel, previously trading as The Roxburghe and, before that, as Crowne Plaza Edinburgh. It is made up of seven classic Georgian townhouses, originally designed by leading 18th-century architect Robert Adam. Townhouse ‘front doors’ still form part of the hotel’s façade, which fronts onto both George Street and Charlotte Square in central Edinburgh. Much of the building’s fabric is listed, aside from a relatively modern bedroom wing extension, which was built to increase the hotel’s capacity in the 1990s. 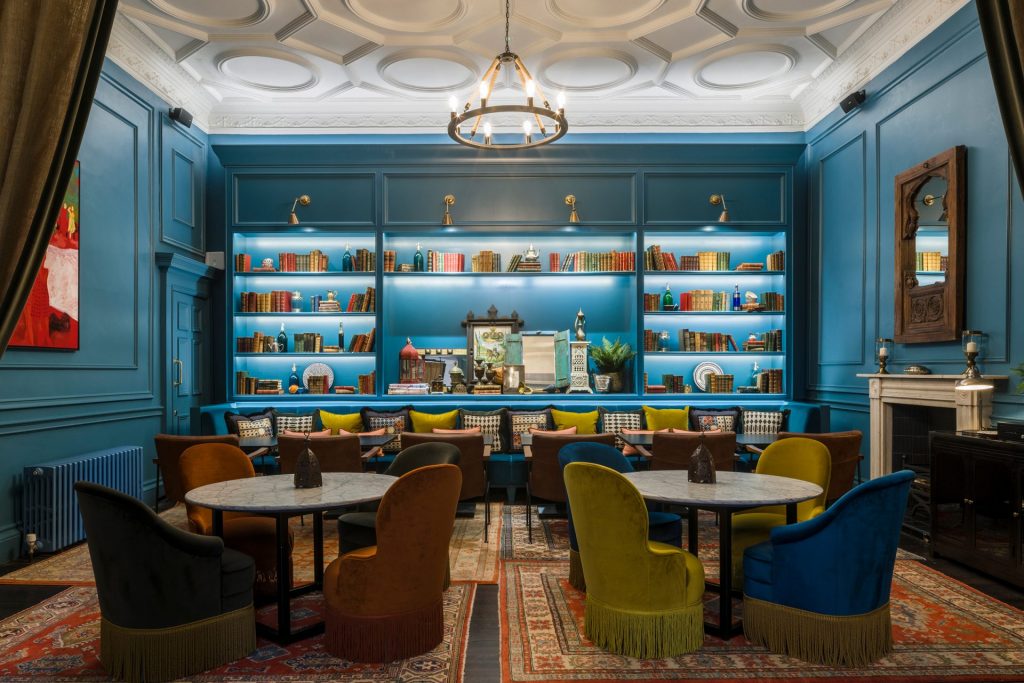 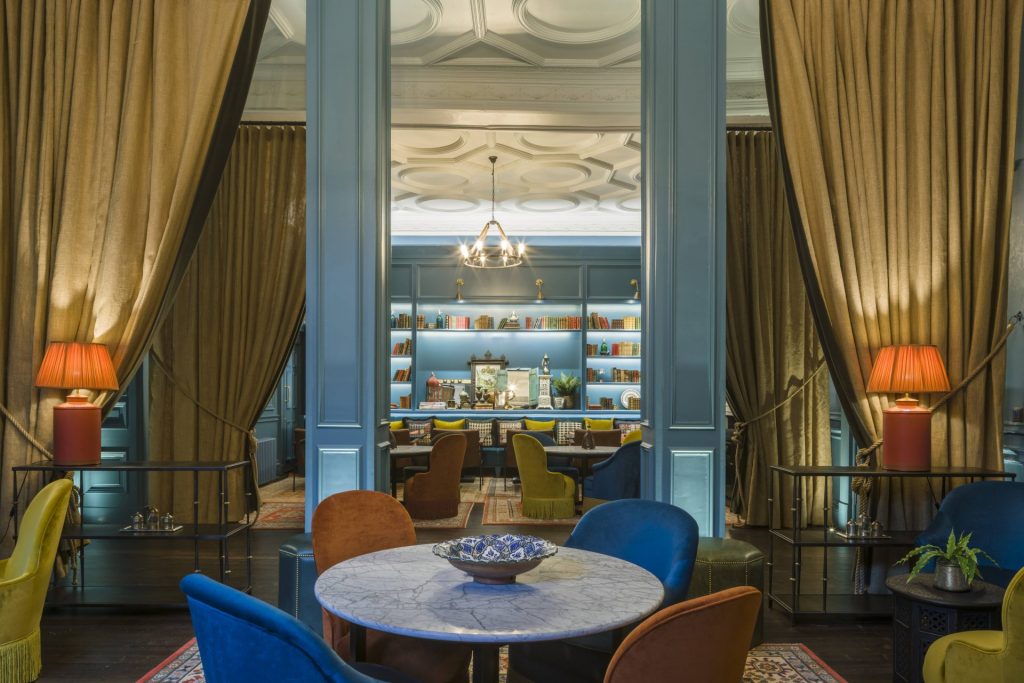 The main area features a vibrant colour scheme and an industrial, distressed design feel, with strong elements of the Levantine in terms of colours and detailing. An arresting palette of deep teals and sea-green is used for the walls and ceilings, on top of which specialist paint finishes have been applied by artist Diane Hill to evoke the passing of time and hint at the building’s age and materiality. The extensive use of mirroring reflects the richly-patterned, Middle Eastern, wall-hung rugs, as well as the deep red, terracotta and sea-green tiling, adding a sense of glamour and excitement to the space. A deep red chequerboard pattern, stencilled onto the floorboards, will wear with time and increase the scheme’s feel of worn authenticity. 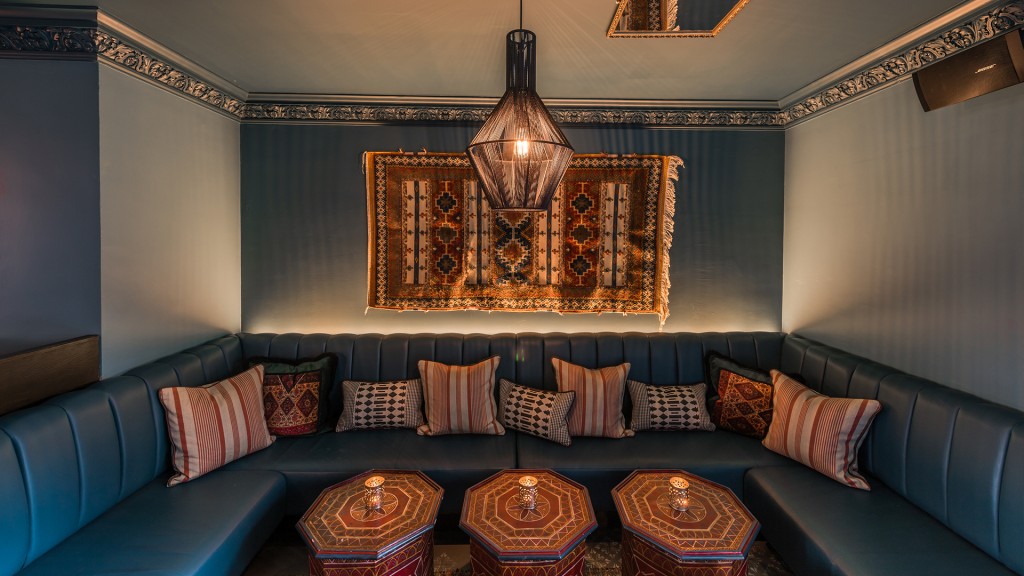 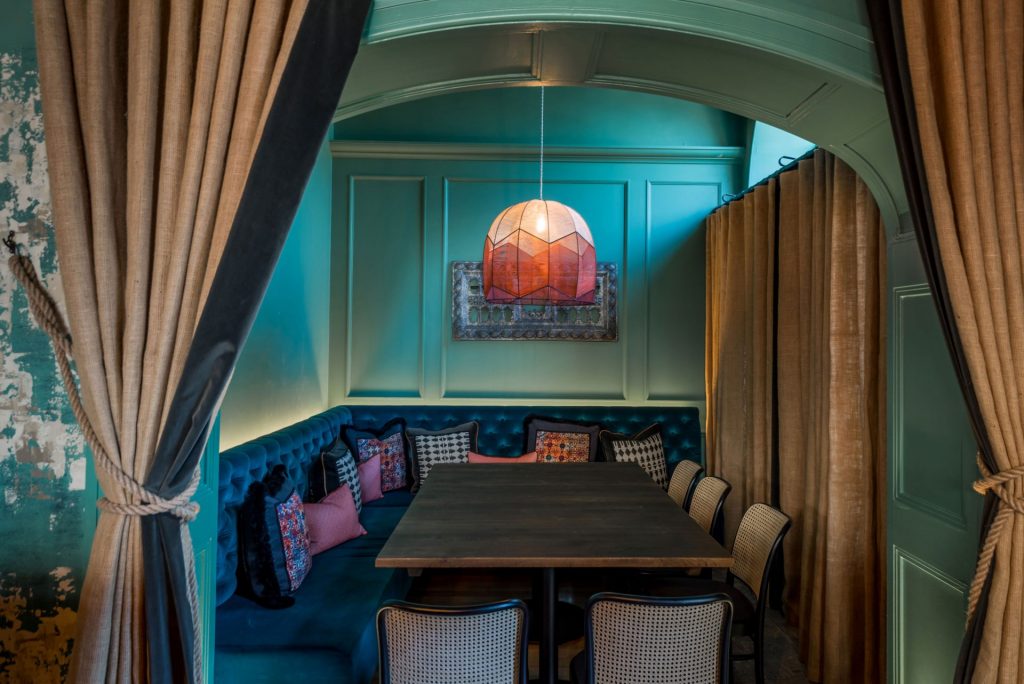 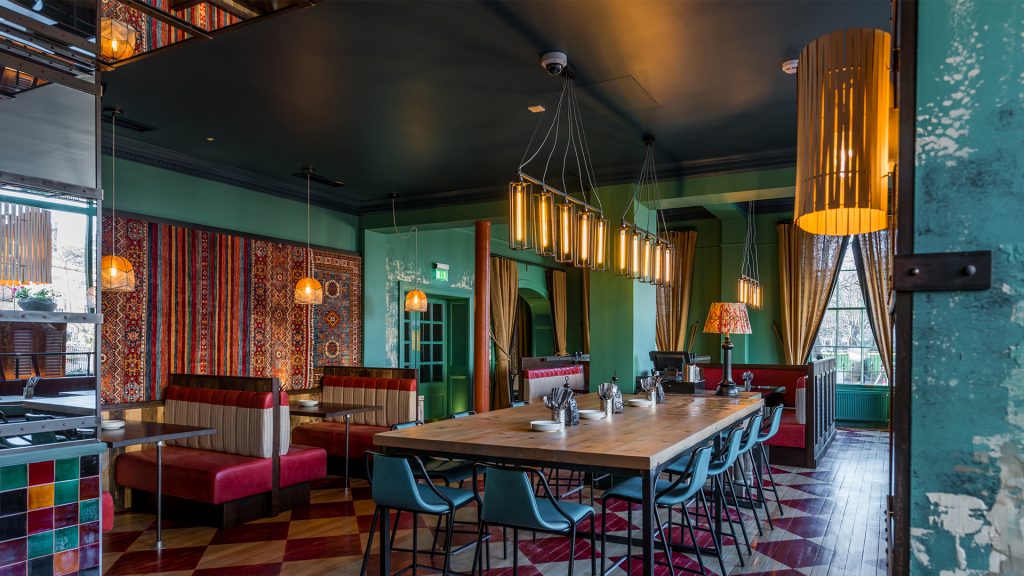 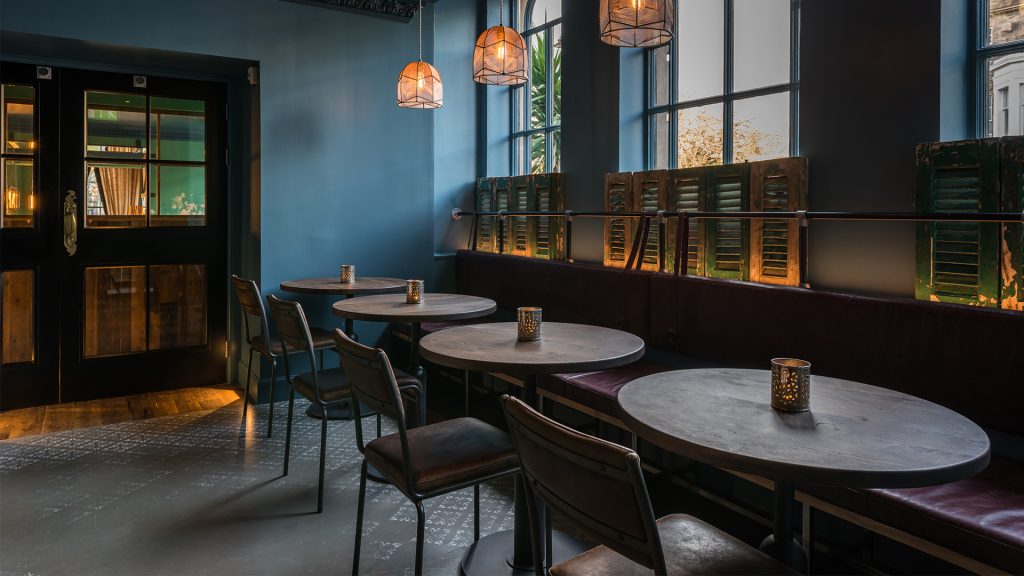