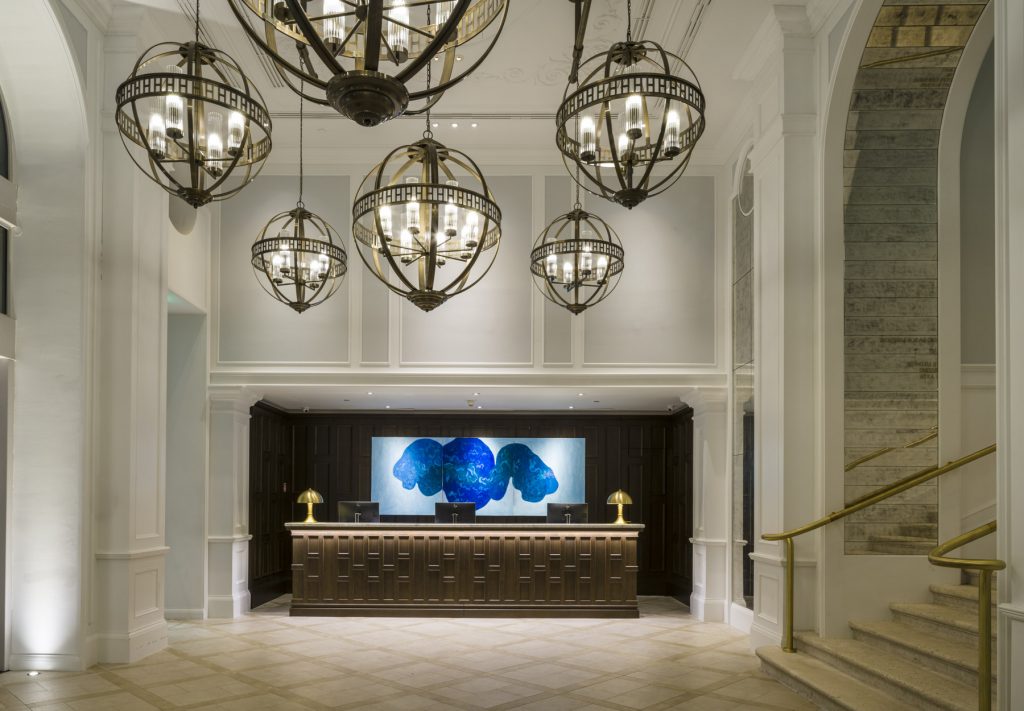 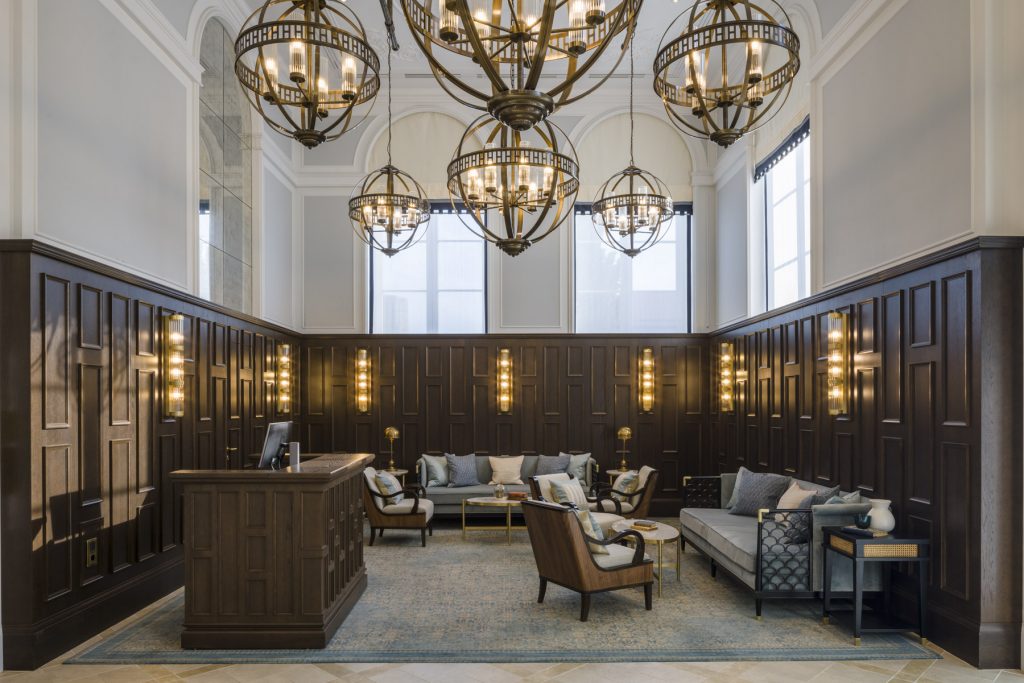 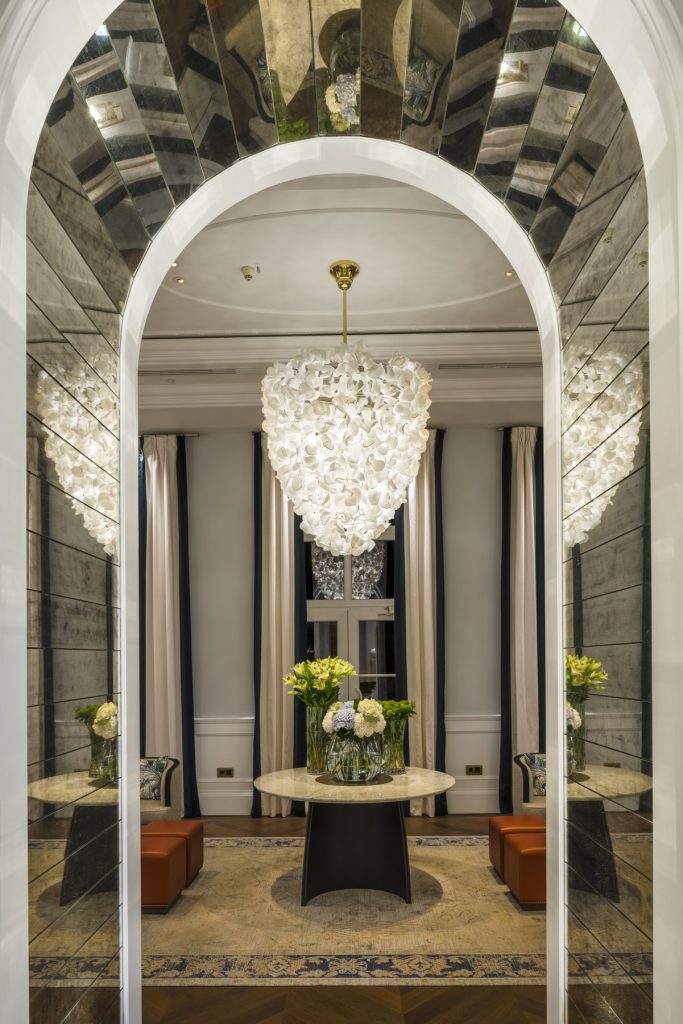 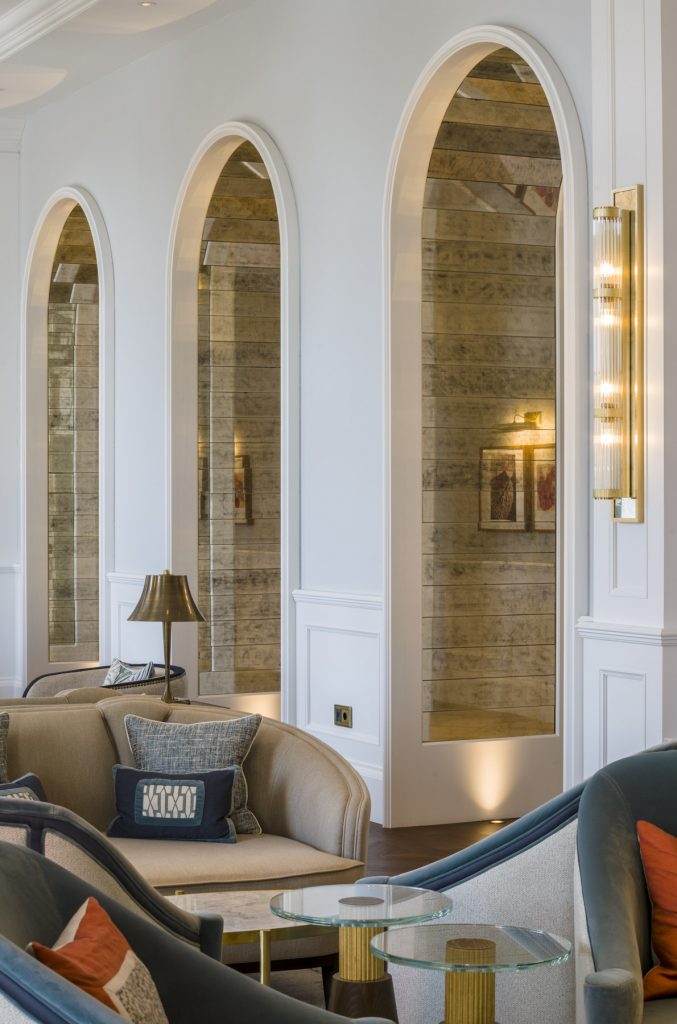 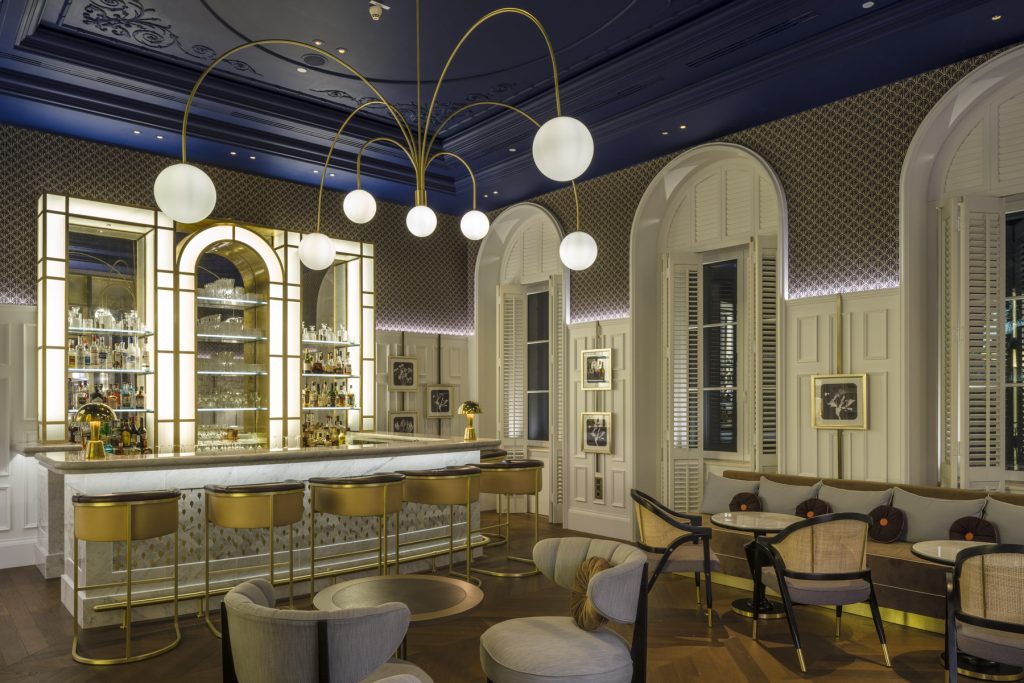 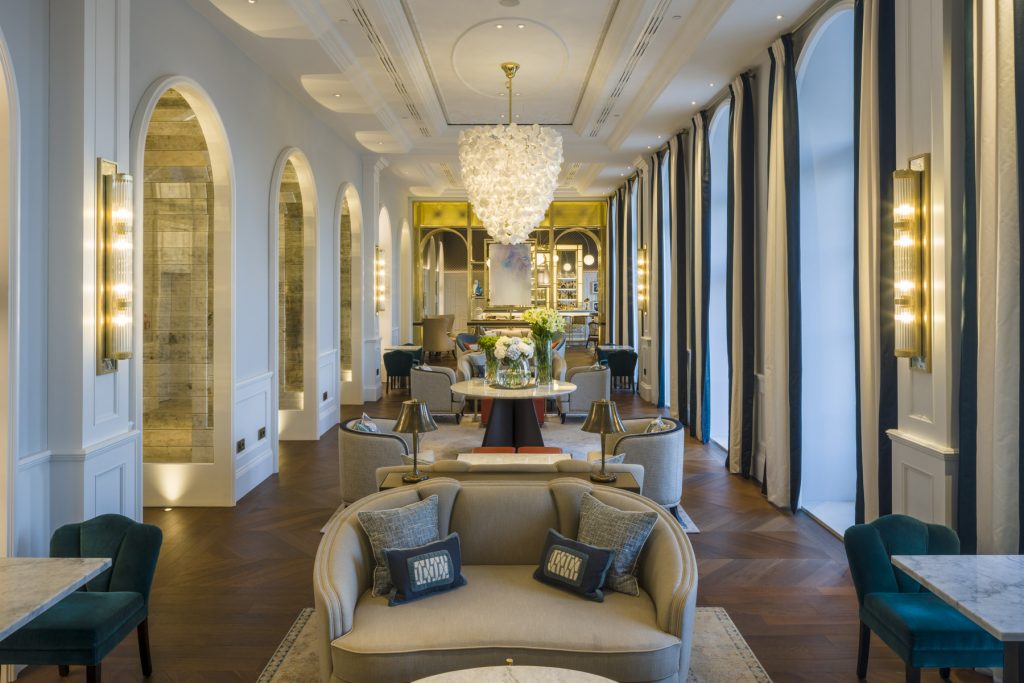 Hilton Imperial Dubrovnik, situated just above Dubrovnik old town, was originally built in the 1890s and went on to serve the great Mediterranean cruise liners docking in the city in the early 20th century. Originally named ‘The Imperial’, with a French Riviera feel and the glamorous cachet of an international clientele, the hotel was subsequently shelled during the Yugoslav war and used to house refugees. The brief to Goddard Littlefair is to restore completely the hotel’s original glamour, with a 1920s yachting influence and soft detailing.

Leading off from the right of the ground floor corridor and instantly visible through a series of galleried archways are the scheme’s stunning new public spaces – The Lobby Lounge and The Imperial Bar – followed by the members-only Executive Lounge. The entry arches are clad, as per the corridor entrance arch, in antiqued glass mirroring, with some arches serving as entrances/exits and others as feature decorative spaces, fully inset with brass-framed shelving units that are filled with eye-catching accessories. The Imperial Bar has a pronounced deco feel, with its shapes inspired by the arched windows along the outside of the space.

The design feel of all the guestrooms is light and fresh, with classical clean lines and a refined and elegant colour palette of blues and silvers, plus the sparing use of pale pinks. Flooring is a natural light oak, supplied by a local company in Dubrovnik and arranged in a herringbone pattern. 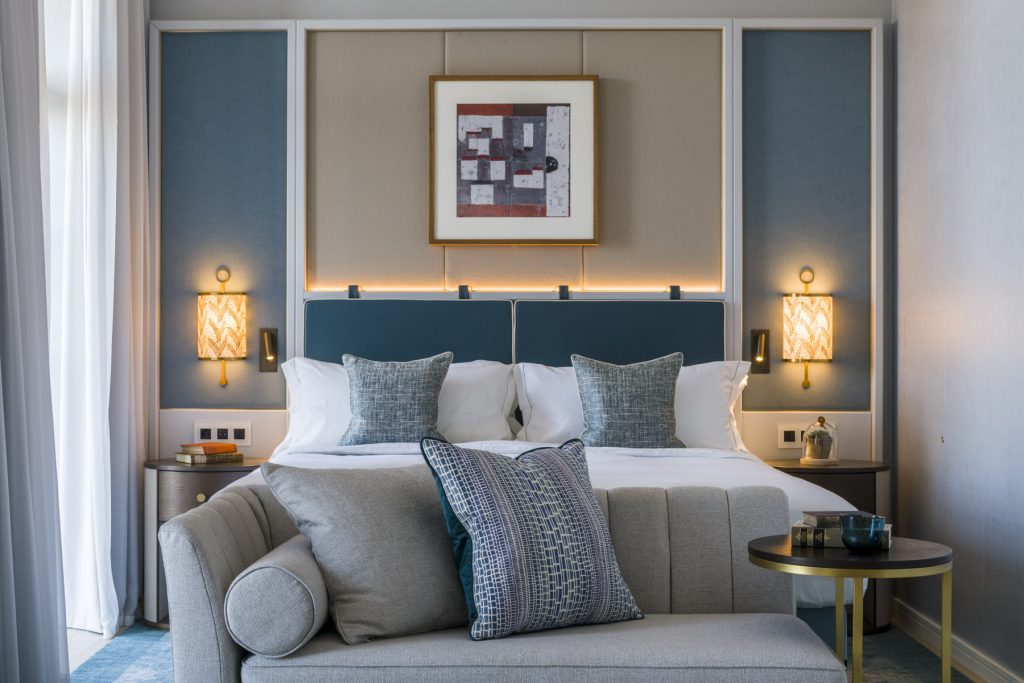 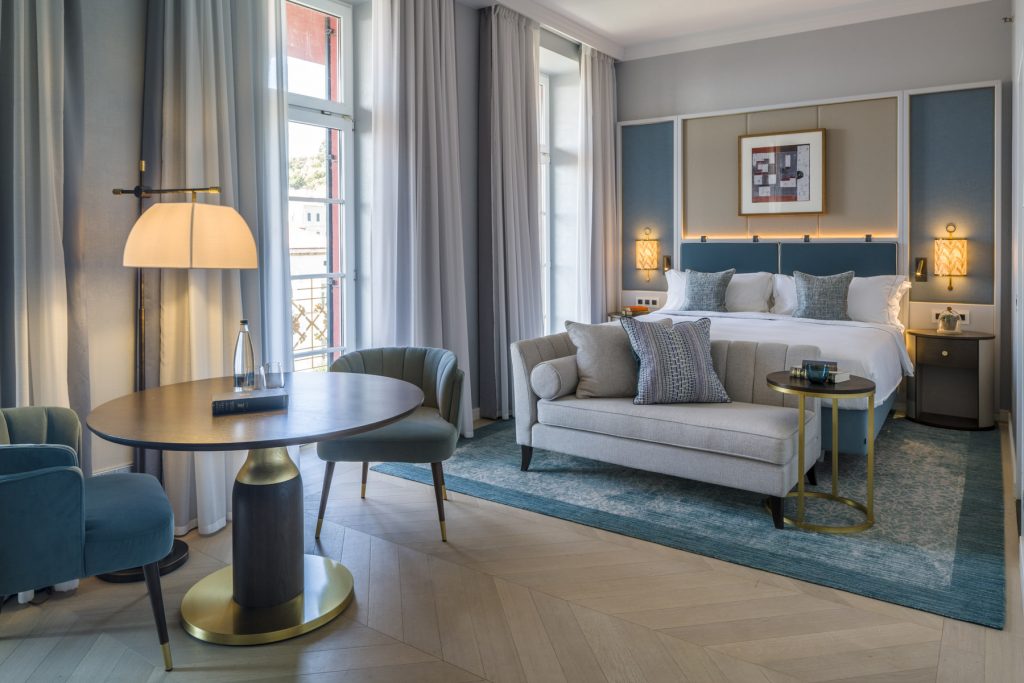 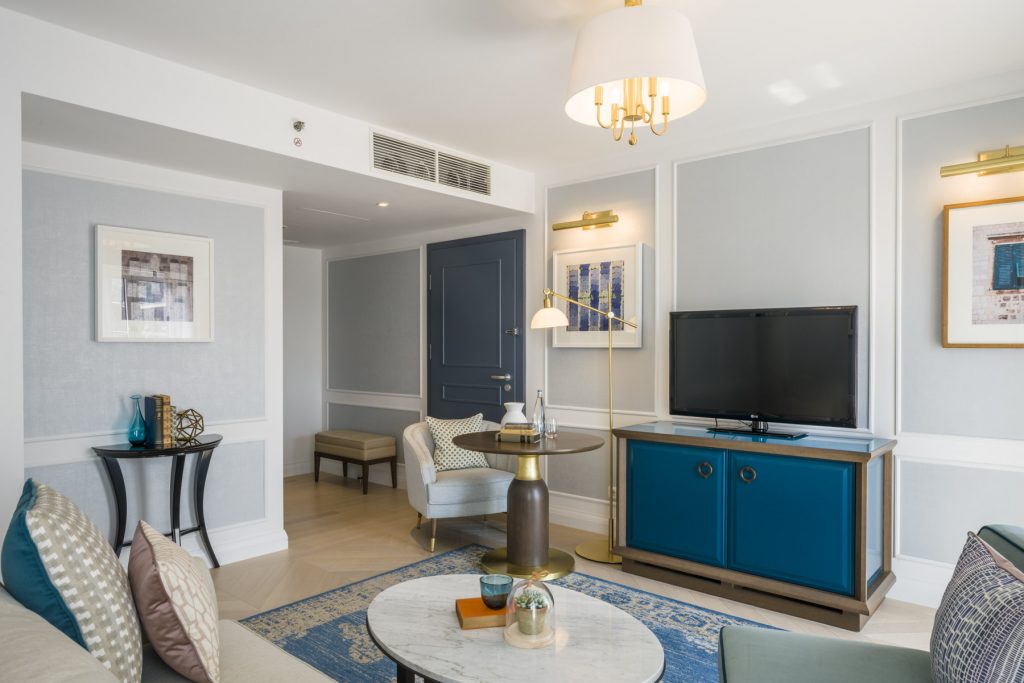 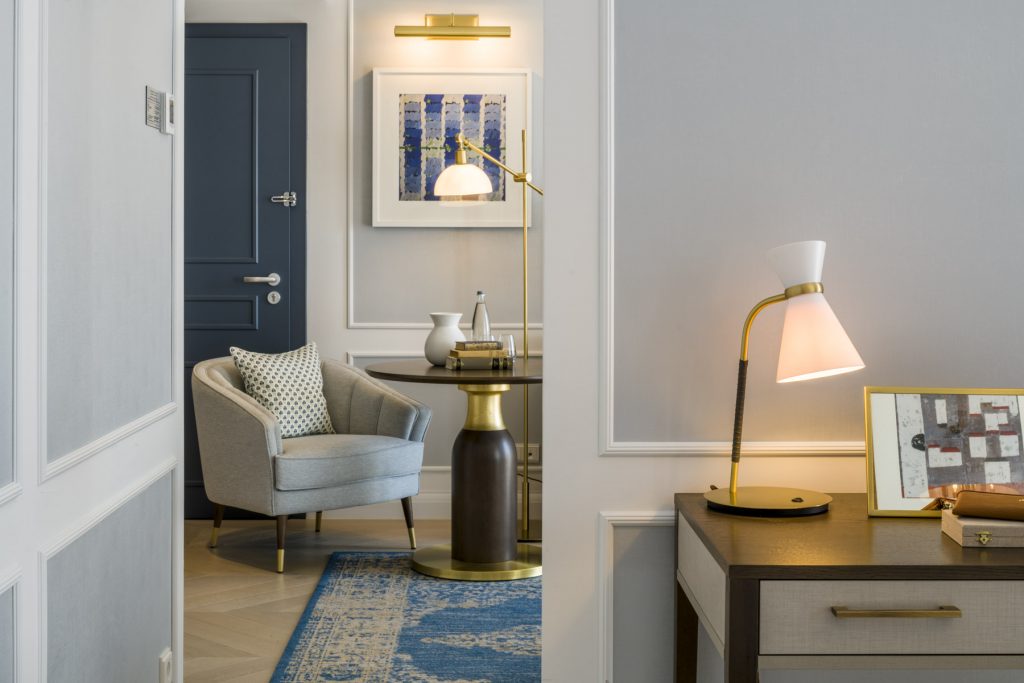