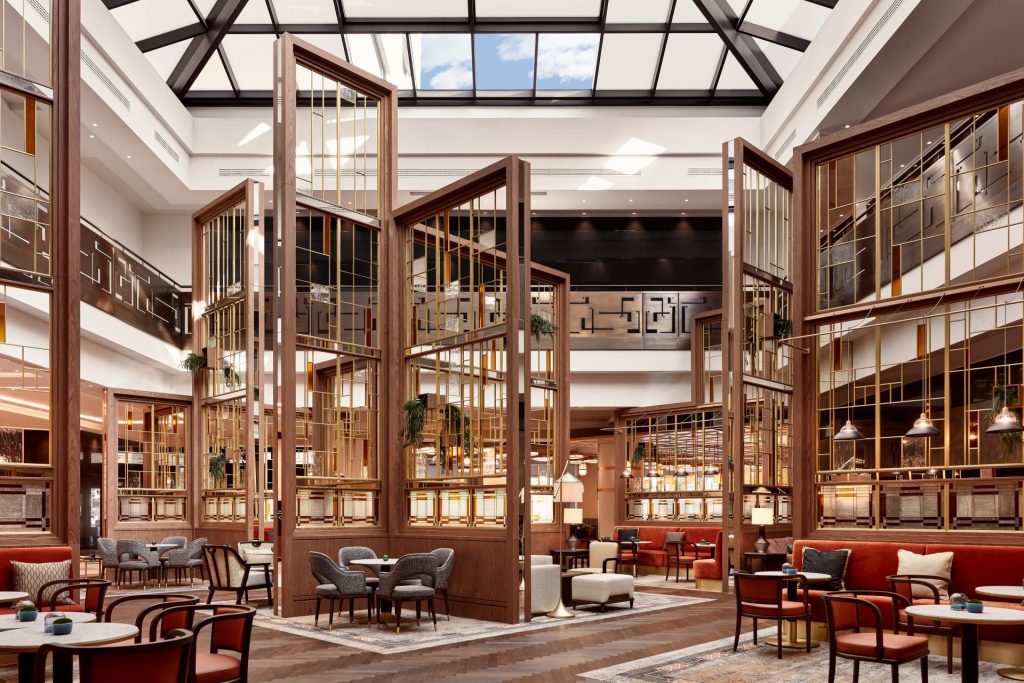 After 18 months, Hilton Vienna Park has completed its multi-million-dollar hotel-wide renovation project, which has seen all guest rooms, restaurants, bars and event spaces completely transformed by Goddard Littlefair. As well as an extensive refurbishment, 78 additional guest rooms and suites have been added on the 15th floor, bringing the total number of keys up from 579 to 663. All the newly added rooms feature panoramic views of the Wien River and historic city park, Stadtpark.

Located in the heart of Vienna’s city centre, the hotel is inspired by the grandeur of Vienna’s glittering cityscape and magnificent boulevards, Goddard Littlefair were keen to create a greater sense of place and locality by highlighting the city’s understated elegance and adopting the style of the Secessionist movement to add a layer of historical reference throughout the interiors. In addition to the public areas, dining spaces and bars, Goddard Littlefair transformed the existing Suites, Presidential Suites and guest rooms of this 663 key hotel with new finishes and decorative elements that create a cohesive Secessionist style look and feel that brings together the revitalised ambience of the Hilton Vienna Park Hotel. 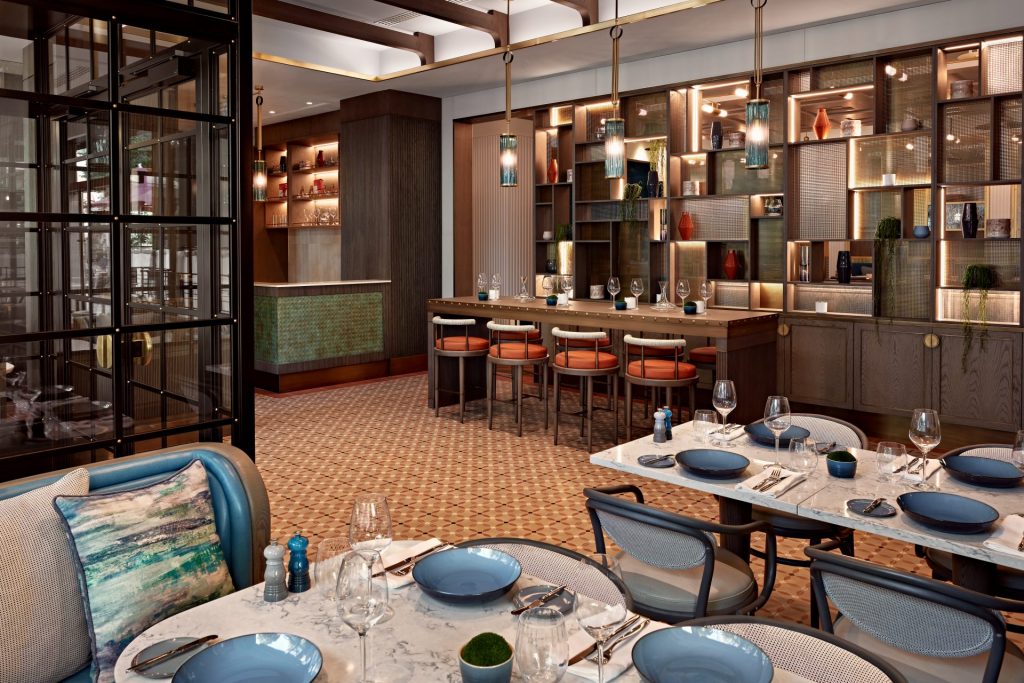 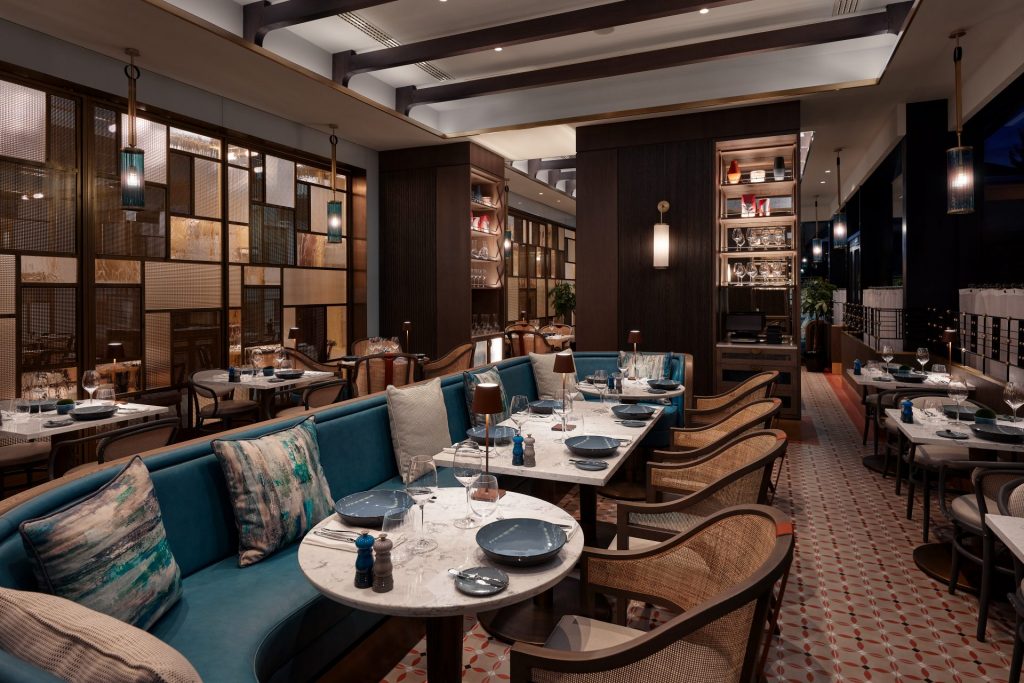 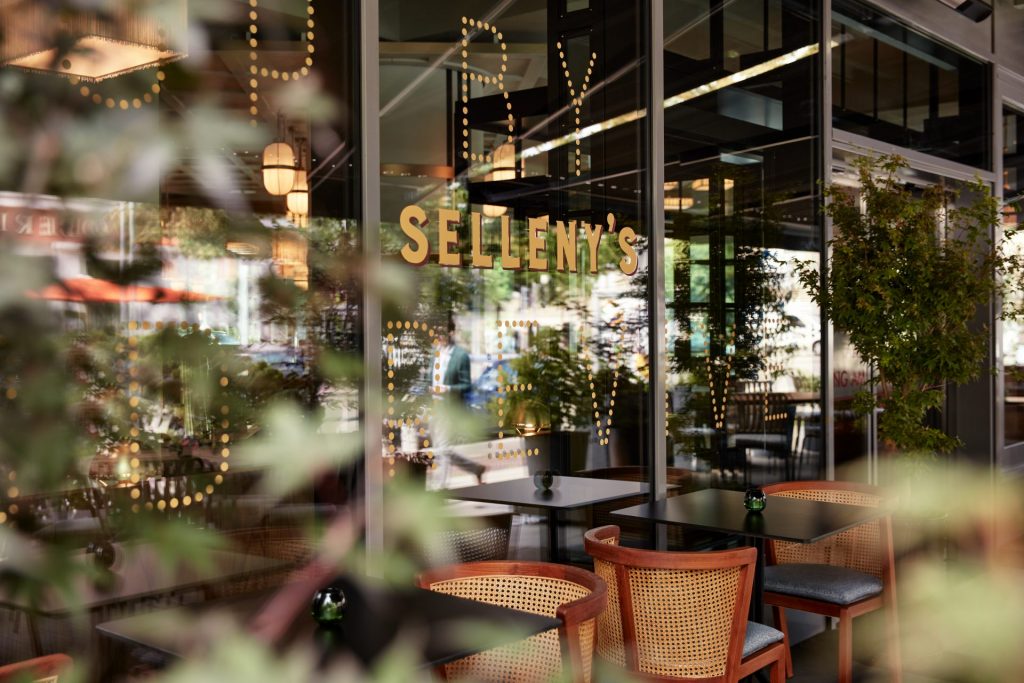 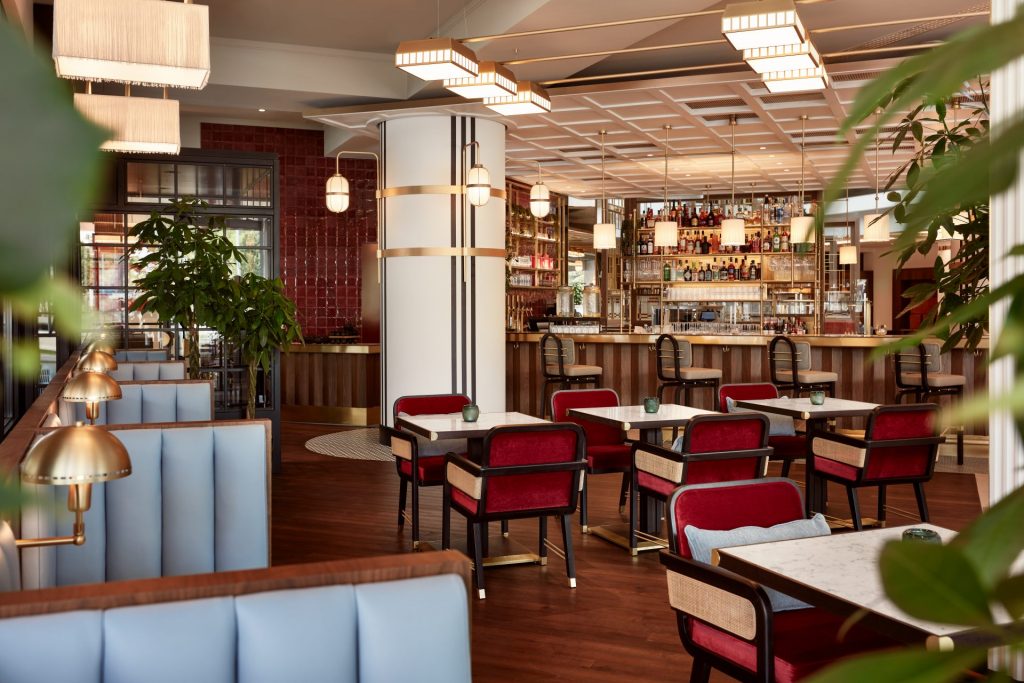 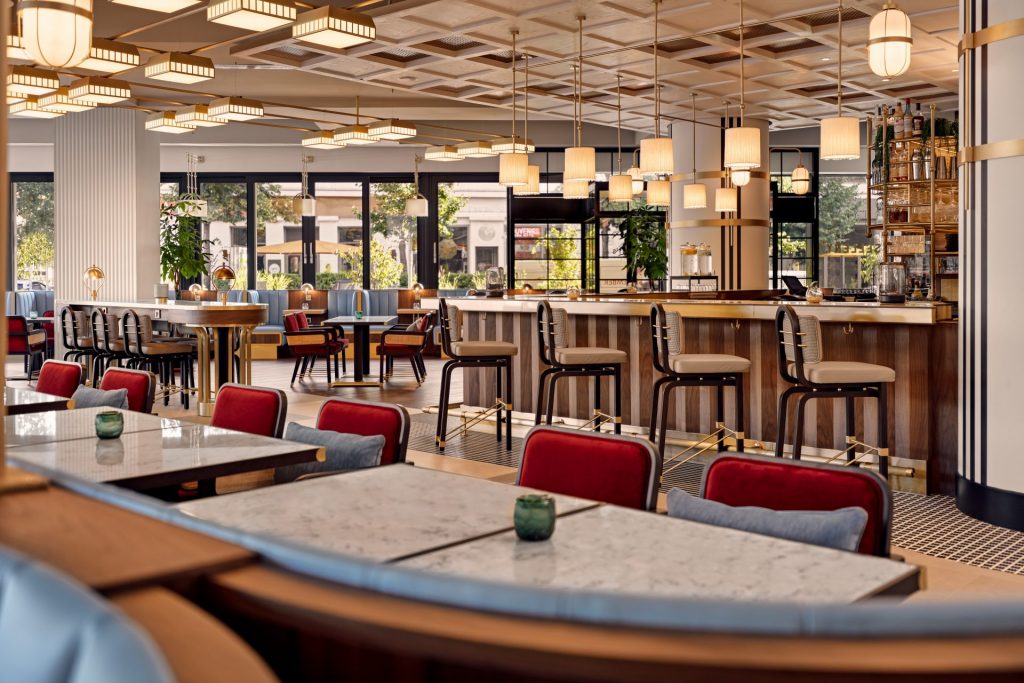 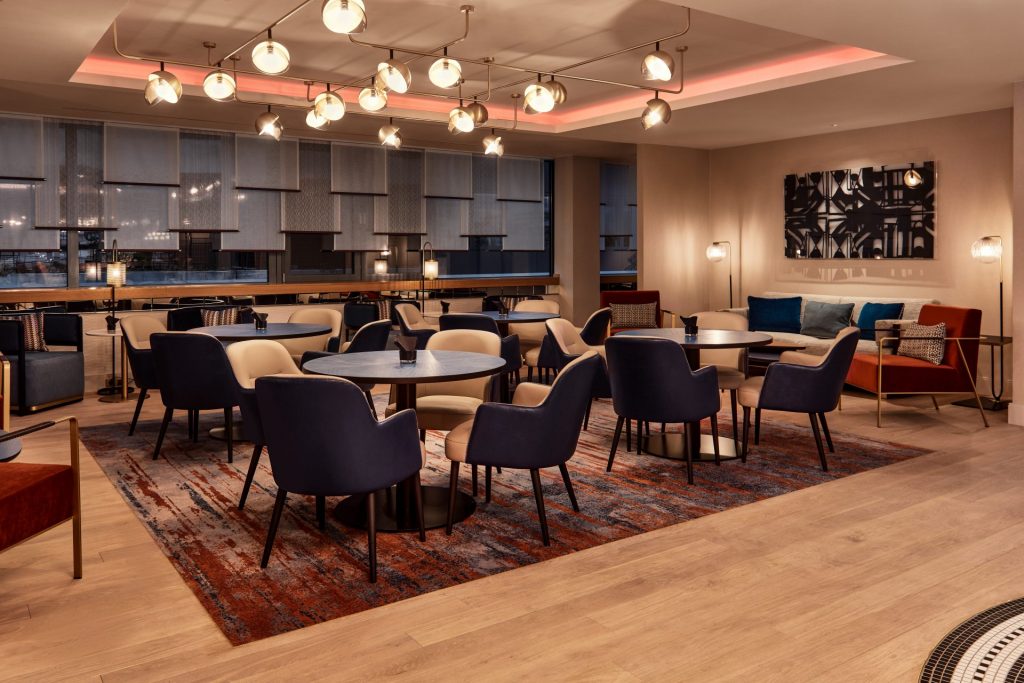 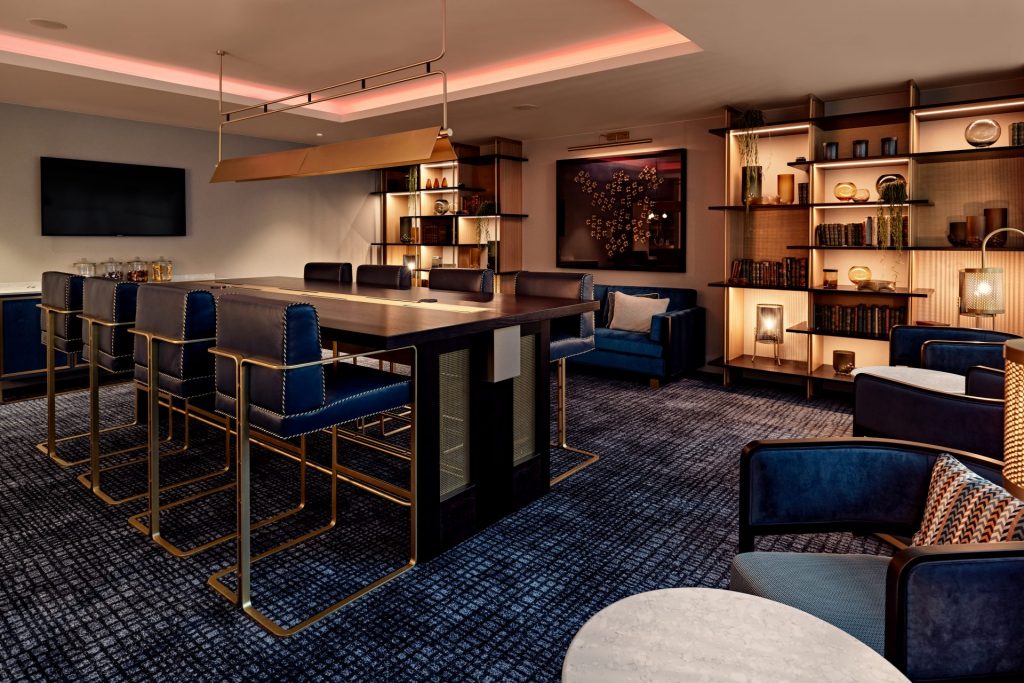 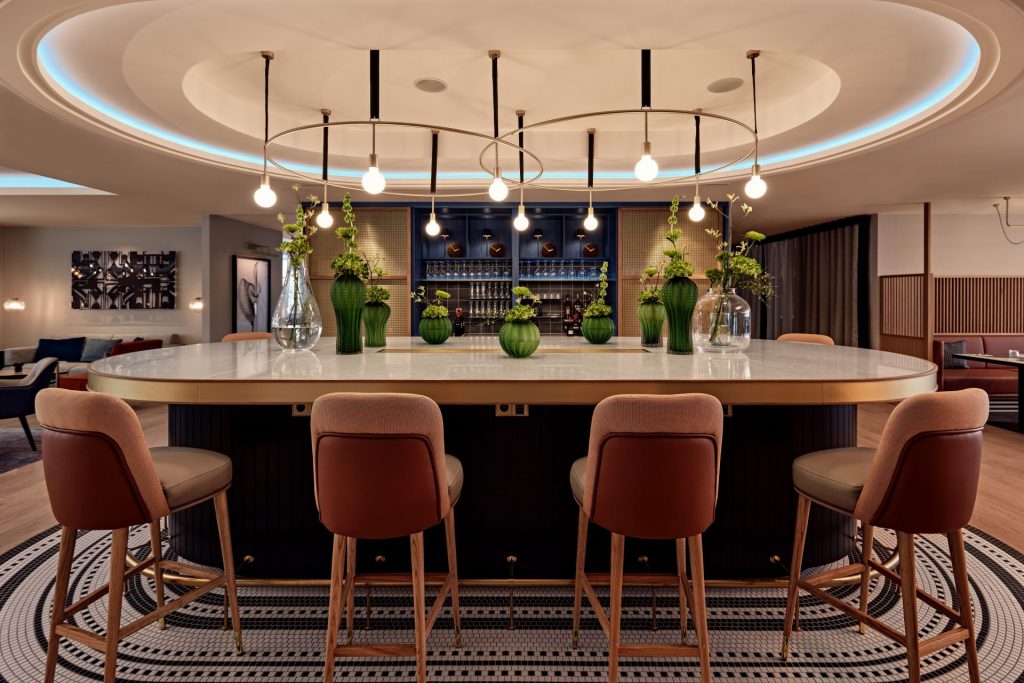 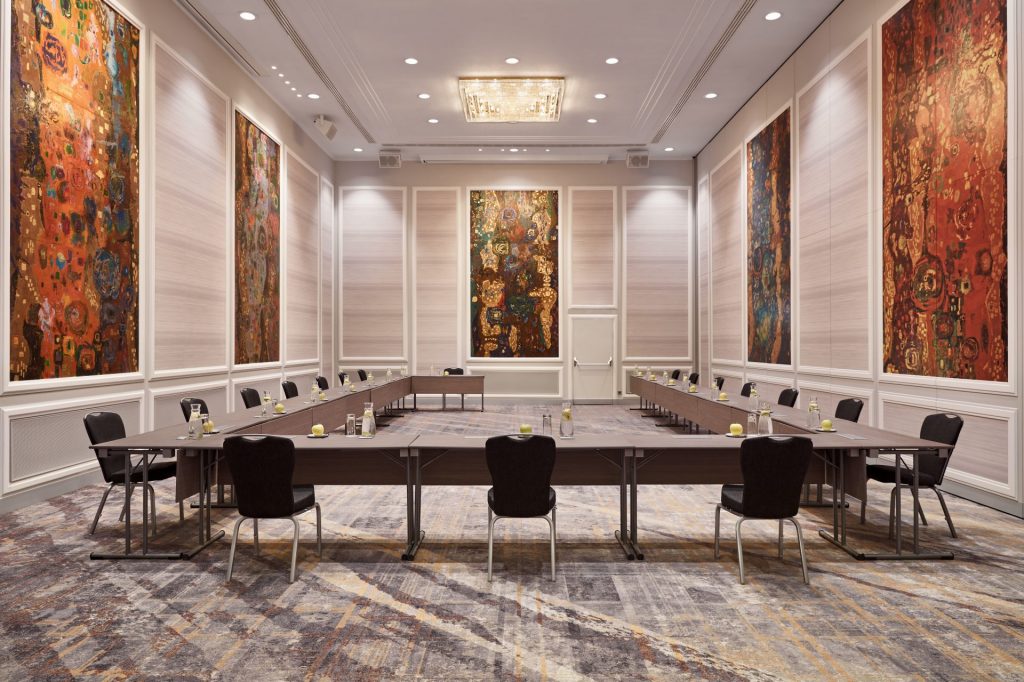 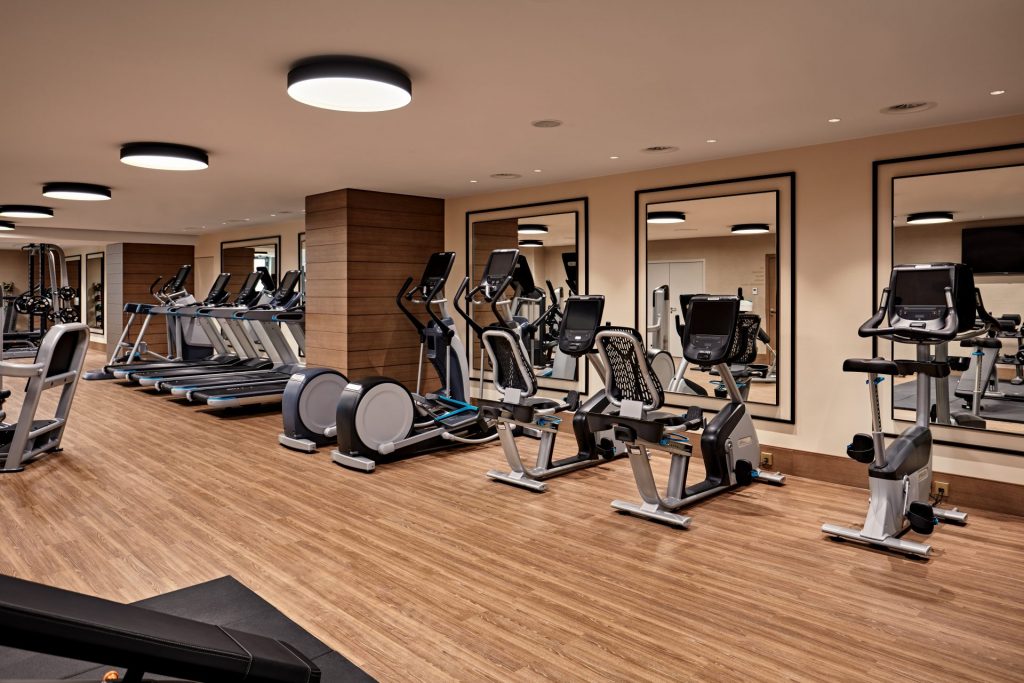 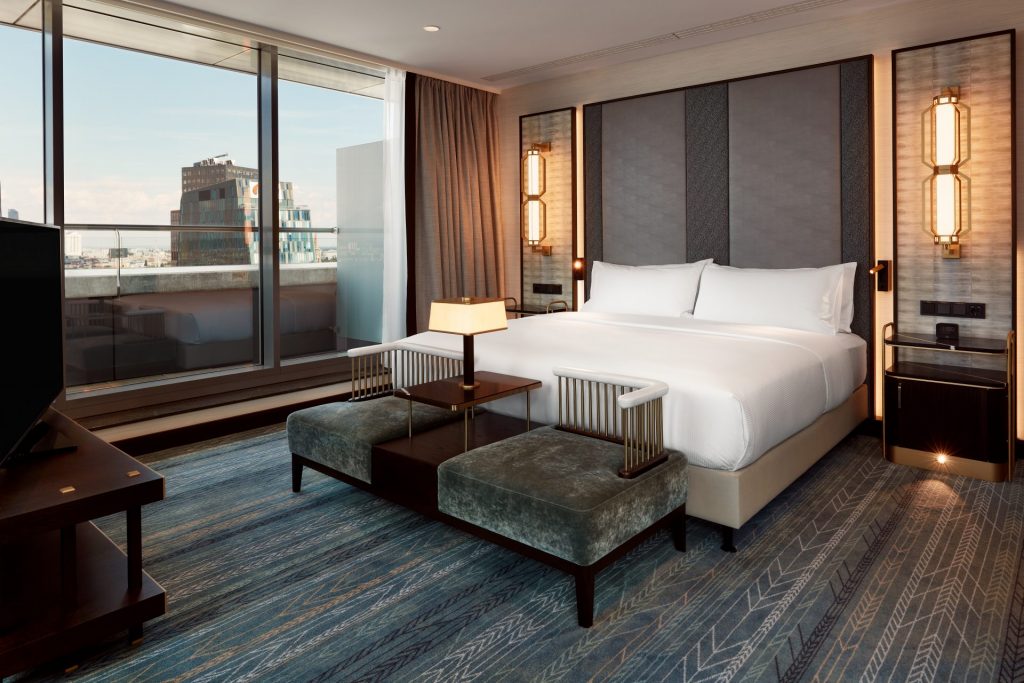 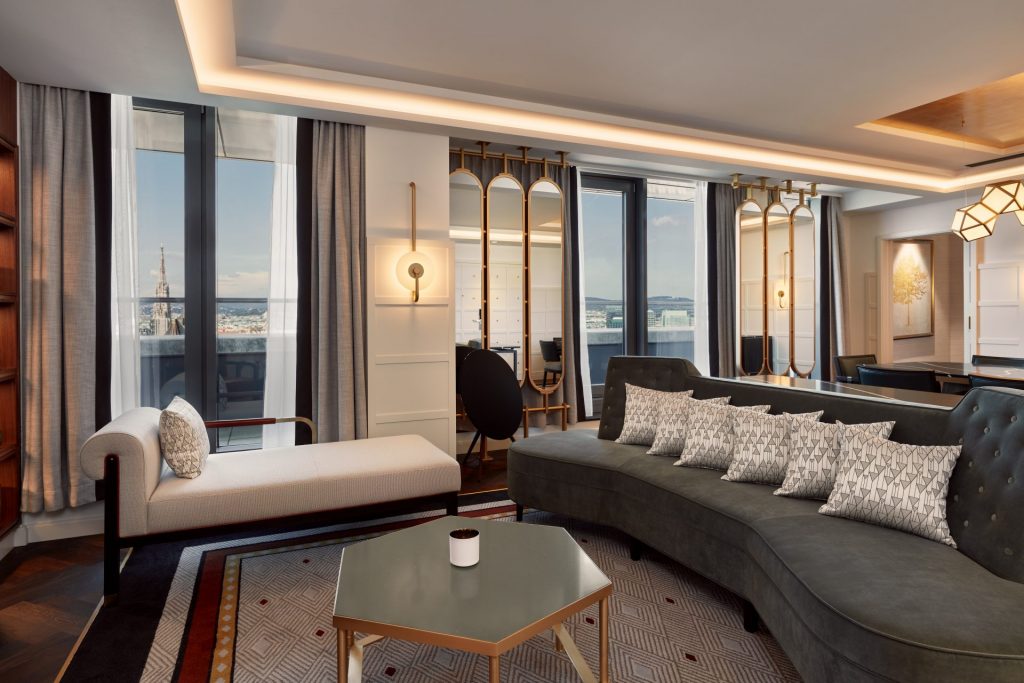